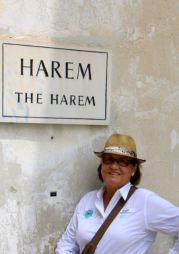 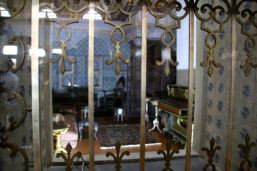 Between 1459-1465, shortly after his conquest of Constantinople, Mehmet II built Topkapi Palace as his principal residence.  A series of pavilions contained by four enormous courtyards, a stone version of the tented encampments from which the nomadic Ottomans had emerged. It was the official and primary residence in the city of Ottoman Sultans for approximately 400 years (1465-1856) of their 624 year reign.

Around 4:00 pm Tom and I were treated to a bird’s eye view of a small portion of a Bollywood wedding celebration—right from our balcony! The loud music made us feel we were on the set of Slum Dog Millionaire. Reportedly, this was a three day celebration, 500 guests and all airfare and accommodations paid for by hosts. The dress (especially the women’s gowns) were exotic and extravagant!!